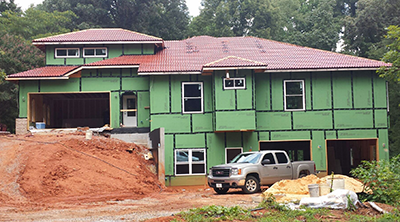 We LOVE Our Customers...

We are so thankful for NCA of the Carolinas - Hank Baumstark, his crew, and all of his subs! When we merged our families and made the decision to settle into one of our existing houses, we needed to renovate in order to have enough room for everyone and to create a space that felt like a new home for everyone. We worked with Hank as we considered several different options. He was incredibly patient and helpful in talking through the pros and cons of each. Once we decided on a plan, we worked together to make the best use of the space, new and old, and we could not be happier with the final result!

Ours was a huge project. To achieve what we wanted, the plan called for taking the roof off the back third of the house, building a second story above that space, and merging it all with the existing upstairs rooms. Additionally, a screened-in porch was redesigned and enlarged to create more living space on the ground floor. With these changes, we gained approximately 1600 square feet. Upstairs that included a large bonus room, two new bedrooms, a full bathroom, an office, and a second laundry room. Downstairs we gained an entertainment room with a theater and bar. Remarkably, all of this construction was fmished for us in 6 months!

We cannot say enough about Hank and everyone who was a part of the project - they were all extremely professional but also kind and pleasant to work with. When issues arose, they were quick to address and solve them. Living in a neighborhood where houses are in very close proximity to each other, we had concerns about how our neighbors would be affected by the project. Because of the way Hank manages everything, however, this was never an issue. The site was always as tidy as possible and the whole project was run extremely efficiently.

We highly recommend working with Hank Baumstark and NCA of the Carolinas! 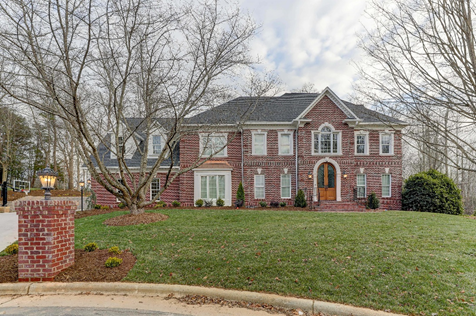 I am writing this letter to express our extreme gratitude to Hank Baumstark and NCA of the Carolinas after they successfully finished rebuilding our new home. I have thanked them personally on many occasions. However, I do not feel that they truly recognize the impact they have had on my family’s life. First, I need to start at the beginning.

My family and I were jolted out of bed around 2:00 a.m. early one morning during a strong thunderstorm with the loudest explosion I have ever heard. Our alarm system’s fire alarm went crazy. My wife and I frantically ran around all three floors of our house looking for any fire. Eventually, we saw smoke billowing in from the garage door as lightning had set our garage ablaze. My wife and I quickly got our young children out of the house and to the neighbors. I can still remember standing outside in the pouring rain watching my home burning as we waited for the fire department. My only thought was, “what do I do next?”

Kathy and I want you to know what a blessing you and your company have been to us during the rebuilding of our home. Your advice and concern for our wants and needs were most helpful. We couldn't have done it with out you. Our relationship began as a business relationship but it quickly became much more than that, we consider you to be one our closest friends and feel we can call upon you still and ask for your advice. Its good to know in this day and age that there are still people like you and your company who really put their customers concerns and needs above anything else. I would highly recommend your company to anyone with need of a contractor from the largest job to the smallest. I would personally guarantee their 100% satisfaction.

The NCA crew did an incredible job in replacing both our roof and several window screens following a high wind and hail event in our area. The project manager made sure that the work was done correctly and he had the crew return the next day after discovering that several shingles were damaged during installation to have them repaired. The post-installation clean up was remarkable for its thoroughness, with virtually no debris found after the crew left our home. We are grateful for the professionalism and customer focus shown by the NCA team.
Mike M.

Hank and his crew are the absolute best. I plan to work with them again soon!
Tony H.

Great service. Hank and his team do quality work. Highly recommend to anyone in the Carolinas. NCA is THE best!
Todd C.

The most honest and dependable TEAM out there. Hank and his crew are great. Always there to answer any questions you have. I have used them in 2 house fires and they did a job well done on the inside and out. I have since recommended them to my daughter and son in law on the loss of their home to a fire. Wouldn't hire anyone else but NCA OF THE CAROLINAS.
Andrea C.

Hank and his team did an amazing job. I was always kept informed of the details of the project and his workers were always on time and very courteous. I will highly recommend them to anyone.
Michael S.